As always, Kane's Donuts is offering a bunch of special seasonal treats. I've previously visited Kane's and had a blast. I was able to stop by last week and sampled some! 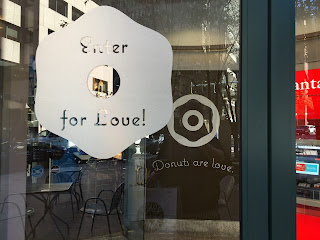 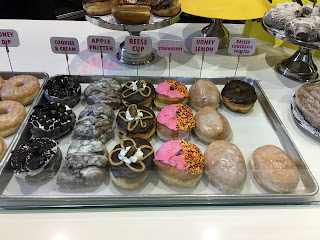 One of my favorite parts of going to Kane's Donuts is their giant coffee roll cakes, which would be a delight to receive at an office birthday party: 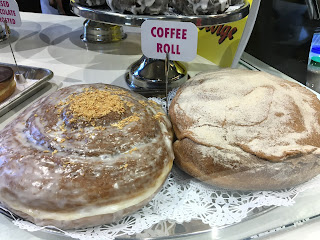 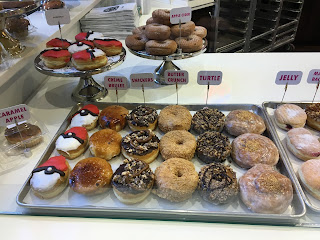 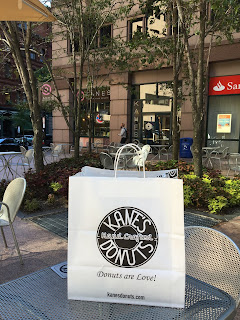 The view inside the goodie bag: 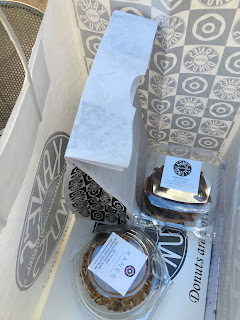 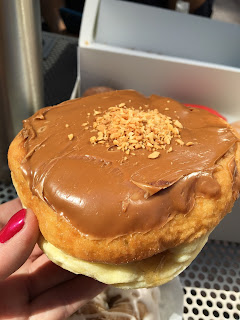 Here is the gluten-free pumpkin spice donut, a cake style donut rolled in pumpkin spice with a honey glaze, and the Pokémon donut, a Bavarian crème-filled donut topped with strawberry, vanilla and chocolate frosting. The pumpkin donut was especially delicious 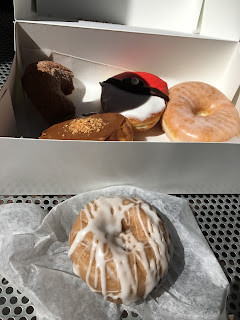 This is the maple walnut cupcake, yellow cake frosted with Vermont maple syrup and rolled in chopped walnuts: 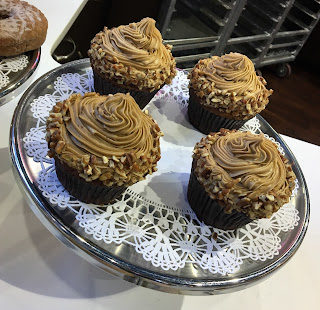 When you open to plastic container with the cupcake, all you smell is maple syrup. This frosting was so smooth, creamy, and delicious: I also got to sample a special donut created to celebrate the 75th birthday of Curious George on September 17. 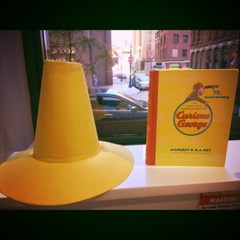 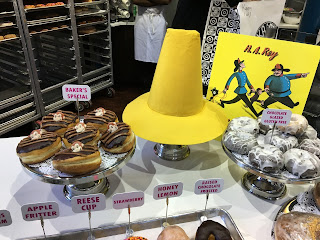 This donut was frosted with milk chocolate and caramel and filled with banana cream. The Curious George ring was a bonus: 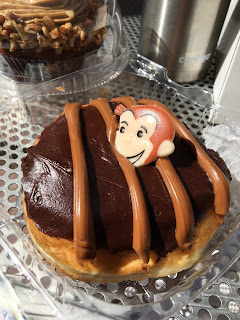 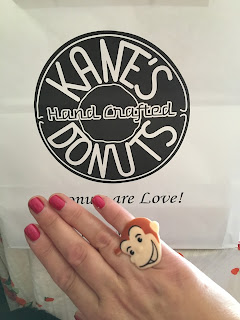 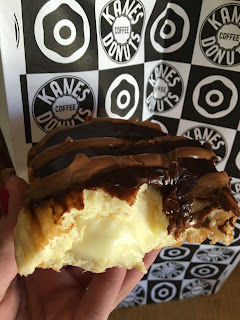 The caramel apple donut, gluten-free pumpkin spice donut, Pokémon donut, and maple walnut cupcake will be available until the end of September. Looking forward to more special seasonal treats in the future!